Our Fire Detection Systems are designed to be rapid in fire detection and effective in suppression. Fire protection system is a fire suppression, smoke detector and a sprinkler, and other fire protection equipment that works in tandem to protect against fire.

The heart of the system is the Linear Heat Sensitive pneumatic polymer tubing . It is connected at one end to a extinguishing agent container, which the rest runs through the risk area, in a predetermined manner. When the flame touches the tubing and it reaches a temperature of 90-100 Deg C the tubing burst satit hot test point, thus forming a nozzle.

The pneumatic mechanism then triggers the valve of the extinguisher and sprays the agent out directly in to the fire. Thus dousing the Fire quicker than any other technique on the market. This path breaking system, is entirely automatic, and once installed, requires no human help. Thus making it the method of choice for “Localized environments”, or areas which are cordoned off or have an enclosed area (such as panels, servers etc.). 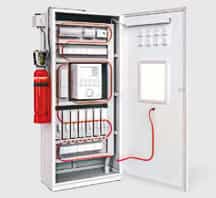 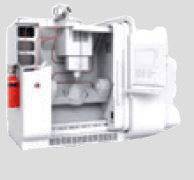 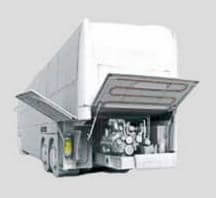 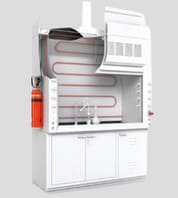